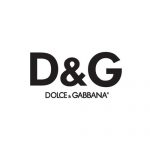 Dolce & Gabbana is an Italian luxury fashion house. The company was started in 1985 by the Italian designers Domenico Dolce and Stefano Gabbana in Milan, Italy. Dolce & Gabbana has two central lines namely Dolce&Gabbana (spelled without spaces, unlike the name of the company) and D&G. Dolce&Gabbana specializes in luxury items influenced more by designers and is more formal and "timeless", responding to long-term trends rather than seasonal changes. It also sells sunglasses and corrective eyewear, purses, and watches. They also have a set of fragrances for men and women. D&G, on the other hand, is a slightly more casual line that follows an urban inspiration and attempts to set trends rather than follow them. It is the younger, more flamboyant line of the brand. Like Dolce&Gabbana, D&G sells watches as well as clothing, and have been voted the UK's best luxury brand.